Microsoft Teams – how secure is it really? a rundown

You don’t ask much. You just want collaboration software that also protects your data. So, is Microsoft Teams secure? And what happens to all that Teams data anyway? Let’s find out.

That’s what you know. Now let’s cover what you may not know.

While no software can prevent all phishing attempts and malware or ransomware attacks, rest assured that Microsoft Teams has stepped up its cybersecurity game.

According to Microsoft, “Teams is built on the Office 365 hyper-scale, enterprise-grade cloud, delivering the advanced security and compliance capabilities our customers expect.” 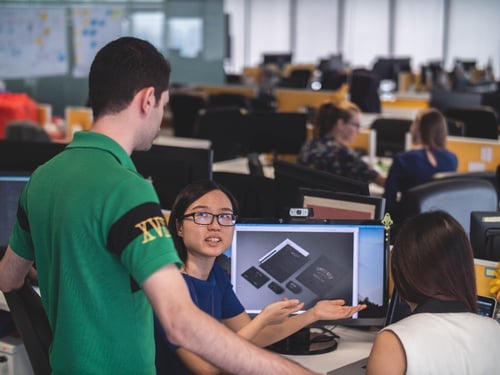 What Matters in Microsoft Teams Security?

Now that you know a bit more about Microsoft’s security framework, let’s focus on what matters most to your organization.

Let’s say you work for a large insurance company. You’re likely to view security differently than would the owner of the doughnut shop next door.

For instance—as an insurance company CIO, you might wonder:

Let’s face it. Most security needs are universal, but some organizations face more challenges than others.

Or how banks worry constantly about cybersecurity hacks.

Or how many government organizations risk data breaches because of outdated technology.

Whether it’s security in healthcare or security in financial services, every organization wants privacy protection during collaboration—in Microsoft Teams or in any other tool.

Get a broad overview of Office 365’s Advanced Threat Protection

While you’re paying attention to Teams security features, let’s discuss how (and where) to find your data in Microsoft Teams.

Before you can feel confident that Microsoft Teams is secure, you probably should know where Teams stores your data.

Think about that for a minute.

On the one hand, Teams is a master of collaboration, so it’s hardly surprising that it would send data to multiple locations.

On the other hand, Teams’ extensive reach requires a vigilant approach to tracking that data. 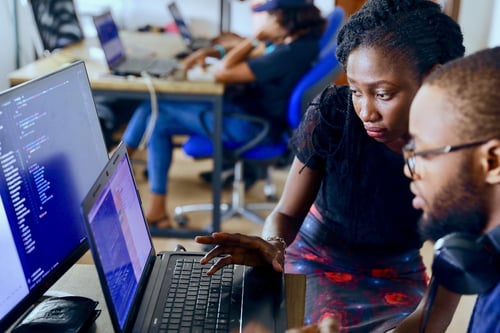 Teams allows for both internal and external chat. Teams users can also chat inside a larger channel or one on one.

Unlike many other collaboration tools (including Skype), Microsoft Teams’ persistent chat makes it easy to find an ongoing conversation inside a given channel or chat.

But as you can see, all those chats and files don’t remain solely in Teams. 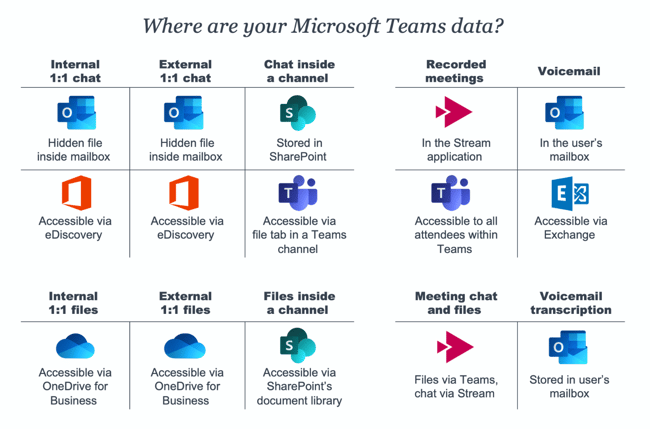 Now that you understand where to find Teams data, let’s talk about your people.

Everyone wants a secure Microsoft Teams environment, but without user buy-in, security is at risk.

To put it another way, you won’t get very far if your end users refuse to adopt Teams. Same goes for following best practices within Teams.

At BrainStorm, we can help you educate users on best security practices and transform their interactions with Microsoft and other software tools.

As you contemplate your most secure options, remember: You already have the right software. For a better adoption process, check out our QuickHelp ™ platform.

Oh—and stay safe out there.

How to use Microsoft 365 for better collaboration